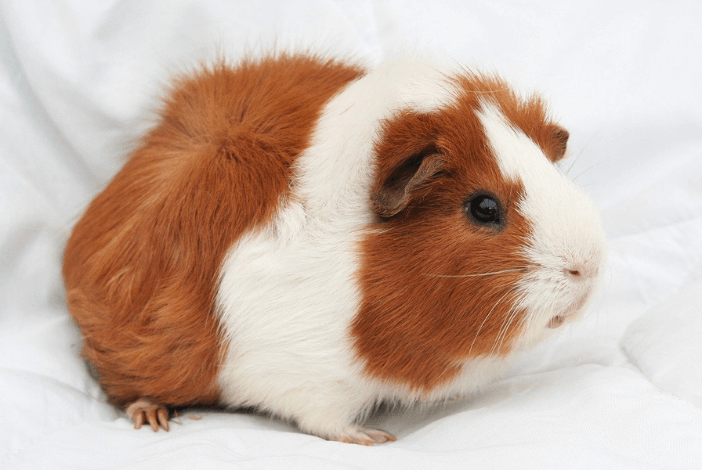 Getting guinea pigs is super exciting! Make sure you grab all the essential guinea pig supplies before you bring home your new pet. You can even download a checklist to make sure you don’t miss anything! 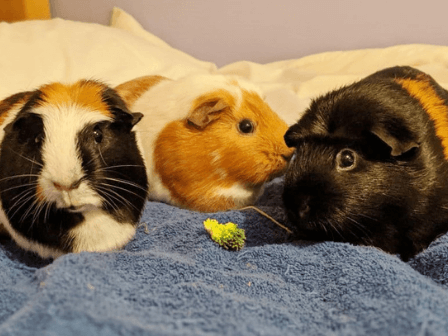 ** This post may contain affiliate links, which means I may receive a commission (at no extra cost to you) if you click a link and purchase something. See full disclosure here **

Here’s a summary of all the guinea pig supplies you’ll need before adopting your new pet:

Guinea pigs need lots of space to run around. Many pet shop cages are not large enough to be suitable.

My local animal welfare centre (Raystede) recommends a pair of guinea pigs should have a cage that is:

If you have more than two guinea pigs, the cage size must be increased to allow sufficient space for them all.

Guinea pigs can be housed indoors or outdoors. Can’t decide where to house your piggies? Read the pros and cons of each here.

Single storey hutches are best for guinea pigs as they can sometimes struggle with ramps.

Over winter, outdoor piggies will need to be moved to an indoor space such as a shed to keep them warm enough. Once the temperature drops below 15C, guinea pigs start to struggle with the cold. Therefore, it is essential you have space to move them if you are going to house them outdoors.

Lots of people house their guinea pigs indoors in C & C cages. They’re social creatures, both with each other and with humans, and like to be part of the family. As soon as you open the fridge door, they’ll start wheeking in the hope that food is coming!

I currently have two groups of guinea pigs who are both indoors in C & C cages: one cage that I pre-bought and one I made myself. I’ve written a full guide on how to build your own C & C cage from scratch.

There are several choices for guinea pig bedding. The most recommended is simply a few layers of newspaper topped with lots of fresh hay which they can also eat!

Woodshavings are NOT recommended for guinea pigs as they can cause lots of respiratory problems.

You may have heard the Rabbit Welfare Association & Fund slogan “a hutch is not enough” and the same is true for guinea pigs.

Guinea pigs need daily access to a run. Raystede suggest a run that is:

You should make sure your run has a lid and is secure to keep them safe while they’re outside.

A guinea pig’s diet is made up of several parts:

You will need two bowls for your guinea pigs: one for food and one for water.

Many people think that water bottles are best for guinea pigs but actually it is much more natural for them to drink out of a bowl. They are able to drink in a better position and get more water than from a bottle.

Guinea pigs are prey animals and need places to hide. You should provide your guinea pigs with at least one hidey per guinea pig. Hideys include solid igloos, wooden bridges and fleece houses.

Guinea pigs also love tunnels! They will quite often go through a tunnel, go around the outside and go back through the tunnel again! My piggies also love to push this chew ball around their cage.

The main grooming task you’ll have is trimming your guinea pig’s nails. (You might ask, how do I trim guinea pig nails?). To do this you’ll need special small animal nail clippers. I recommend this set which comes with several handy grooming brushes for keeping their coats healthy.

You probably wont have to brush a short haired guinea pig very often, but you’ll want to brush a long haired one more frequently to prevent their fur getting matted.

Guinea pigs don’t need bathing very often but occasionally you may need to wash them. Make sure you use a suitable shampoo for guinea pigs to protect their skin. Here’s a handy guide for bathing your piggies!

Now you’re set to bring home your new guinea pigs! Why not check out the guinea pig products we have available?

Step-By-Step Guide To Sexing Guinea Pigs: Is it a boy or a girl?

Dash’s Story: the life of a happy guinea pig

Quick guide on how to cut guinea pig nails

Item added to your cart

0 items in the cart

Continue Shopping Go To The Cart